Home General The Opioid Epidemic in the United States 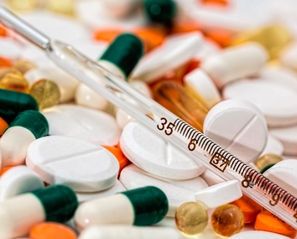 There has been a significant increase in the number of opioid overdose related deaths starting from the 1990s. Opioids are commonly prescribed to patients who suffer from acute or chronic pain as a result of having surgery or disease. Other uses include treating coughs, diarrhea, and addiction to other opioids. Some of the most common opioids prescribed are codeine, hydrocodone, morphine, oxycodone, hydromorphone, and fentanyl. Although opioids have great pain-relieving effects, they have addictive and euphoric properties that make them easy to abuse by users. As a result, medical use of these drugs are strictly regulated by the Controlled Substances Act.

Opioids function to control pain by binding to opioid receptors in the brain leading to the inhibition of its neurotransmitter release. When it is used for treating pain, patients may develop tolerance meaning they need more and more of it to get the same effect. Therefore, it can lead to addiction and patients may even try to obtain multiple prescriptions from different doctors and even try to get them filled at different pharmacies. If high doses are taken, it may cause respiratory failure or even death. As a result, physicians and pharmacies are now required to consult the I-STOP/PMP (Prescription Monitoring Program) whenever Schedule II, III, or IV controlled substances are prescribed.

Fentanyl is one of the drugs that are starting to become a substitute for street drugs and illicit drugs such as heroin due to its high potency. Fentanyl is about 100 times stronger than morphine and is medically prescribed in patches. It is important to follow the instructions that are given since misuse can cause increased side effects such as chest pain, hallucinations, changes in heartbeat, difficulty breathing or swallowing, etc. The patches should not be exposed to heat since it can cause more of the drug to be released to the body and cause overdose. They should be removed from the skin after 72 hours.

​The use of illegal non-medical injection opioids such as heroin carry a high risk of infection from sharing needles. Users are also at an increased risk of developing Hepatitis A, B and C. Because these drugs are not supervised by healthcare professionals, people are more prone to overdosing and will require medical attention. Since there has been an increased rate of deaths in the United States due to opioids, a drug called Naloxone was developed as an antidote for rapid overdose reversal. Naloxone is marketed as a nasal spray called Narcan, as well as an auto-injector called Evzio. Patients who depend on opioids on a daily basis benefit from carrying a dose of Naloxone around since it is a potentially life-saving medication. Any question about opioid replacement, please contact us.